In Search of the Great Balance 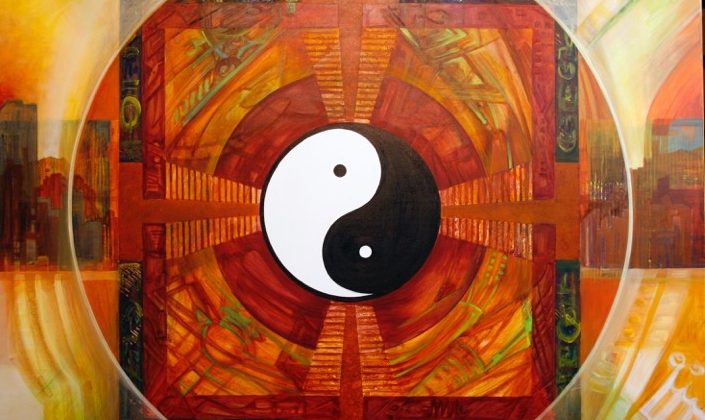 In Search of the Great Balance

The world condition is urging us to stop for a moment what we are so busily pursuing, really stop, look around and see what kind of world we have created and where we stand in it as humans.  The entire world system with its multi- faceted turmoil is stressed and our whole species is endangered. In the collective is an evolutionary imperative for human change. We are approaching a dramatic moment of truth for humanity. And we ask, Quo vadis, Homo sapiens? Where are we, “the wise man”, as our scientific name calls us, heading to?

The evolutionary opportunity invites us to balance and neutralize the contemporary destructive features, such as arrogance of national and tribal power, never-ending cycles of revenge and reprisal, intolerance, sheer violence, blind self-interest, insensitivity to environmental destruction, disregard for social and economic justice, and human misuse of humans. What does this imbalance tell us?

Life Out of Balance

In accordance with the Hopi tradition, from one of the Original tribes of North America, we are living in the world of “koyaanisquatsi”, a Hopi term for life out of balance. After the Second World War, four Hopi elders were instructed to deliver a message of warning to the council of the world in the “house of mica” at the great water east (the UN building) but were repeatedly turned away. The message included a warning about the atom bomb, important at that time and still today, and about the world out of balance.   Finally, decades later, Thomas Banyacya, the last of the surviving Hopi wise men, was received with dignity at the “house of mica” by Robert Muller, the spiritual maverick Assistant Secretary General of the United Nations, who opened his mind and heart to the Hopi message.  He delivered it to the Special Session on Disarmament of the United Nations and to several official and non-governmental organizations willing to consider the message seriously.  In one statement the Hopi elders said  “Hopi remember two worlds that existed before this one, each one was destroyed because the balance of nature was upset by man.”

Several years later, in 1992, Robert Muller helped to organize a meeting for the representatives of the Native tribes and nations held at the United Nations to deliver their messages and prophecies.  Present also were elders of the Haudenosaunee Confederacy (Six Nations Iroquois Confederacy) and other tribes from the United States and Canada.  This solemn gathering of the Original Peoples of America took place in the UN hall where the pendulum demonstrates how the earth rotates by changing the angle of movement, and close to the UN Mediation Room, established under the auspices of Dag Hammarskjöld.  Symbolically, then, the movement of the whole earth and the spiritual dimension of the human search for balance, peace and wellbeing were present.

Being adviser to the UN Center of Science and Technology for Development and active with the International Center for Integrative Studies, which Robert Muller, as well as Mad Bear, a friend and elder of the Tuscarora tribe (Iroquois Confederacy) were also associated, I had the privilege to “sit in council” with all the elders and carry in my consciousness and in my heart the messages and prophecies of these noble peoples.

These wise men and women of native North America, Canadian elders included, with their feather and leather dresses, corn ceremonies and magical chants and invocations to the Great Spirit had more positive effect on the spirit of the UN than many rather fruitless deliberations, squabbles and manipulations we have witnessed over the decades that frequently have obscured the positive advances at the UN for a better world.  Looking at the elders’ tremendously solemn faces and their deep sense of the importance of their messages, we realized that we were in the presence of the genuine Earth Trustees, as the Earth Charter would later define them.

Time has come for us to acknowledge the deeper sense of the messages and prophecies pointing to our contemporary state of the world recognized by Hopi as koyaanisquatsi, the world out of balance. The prophecies were received on behalf of all of us and today, in 2017, once more, we are invited to turn around and seek the way out of the “world out of balance”.

In the midst of the confusions, uncertainties, violence and fragmentation of our ways of living, and the life out of balance, many signs point to the efforts of overcoming the contemporary crisis.  Probably for the first time in human history we have arrived at a point where we can trigger a total destruction of humanity and the entire earth’s system, or accomplish the integration of the ancient and modern heritage and their inner and outer expression by developing a new transforming consciousness that will make humanity sane and  darkness is coming to an end. The Hopi suggested that we have to overcome the current life and move back to the Great Spirit by seeking the powaqquatsi, “the life in transformation” (read, new evolutionary advances, and trans-formation) leaving behind the never ending “more of the same” world.  To this suggestion, we can add the Maya prophecy, whose calendar covers 5125 years that ended in 2012. It is the year when our “age of darkness” apparently comes to an end and the door of time  opens for the beginning of a new age.  The prophecies of other Original Peoples have similar stories.  The Hindu tradition tells us that the Kali Yuga, when we were reduced to the densest and materialistic way of life, is ending.  Beginning the new Dwapara Yuga, humanity is searching for the new and transcendent life.

The incoming Age of Aquarius brings a new intensity for the striving humanity to grow, change and transform. We still remember the explosions of the youth in Woodstock, the Flower children, and all the other remarkable expressions of the “new” music. These were the decades when the “age of darkness” began its journey to its end that inaugurated the new way of living and being.

One great step out of the age of darkness is to balance our fragmented and polarized world.  It is fragmented because our perception tends to separate everything into isolated things, and then separates us from the world, obscuring the deeper vision of the universe as one whole, as defined by quantum physics. It is polarized because of our never ending judgment of what is good or bad, positive or negative, a perception that accepts one part and rejects the opposite part of the whole.  The world is out of balance because we, as individuals, are also living a life out of balance.

For the political, economic, social, cultural, psychological and religious levels, the world out of balance demands the best of human thinking and action to open the doors to the “balance for the new age”. We all are invited to promote the new inner-outer balance, or the Great Balance that will bring to the world the harmony of yin yang of Chinese vintage. The yin-yang (female-male) does not have the good-bad mode of perception but complementarity for making once more the individual and the world whole again.  Are we ready for this Great Human task?