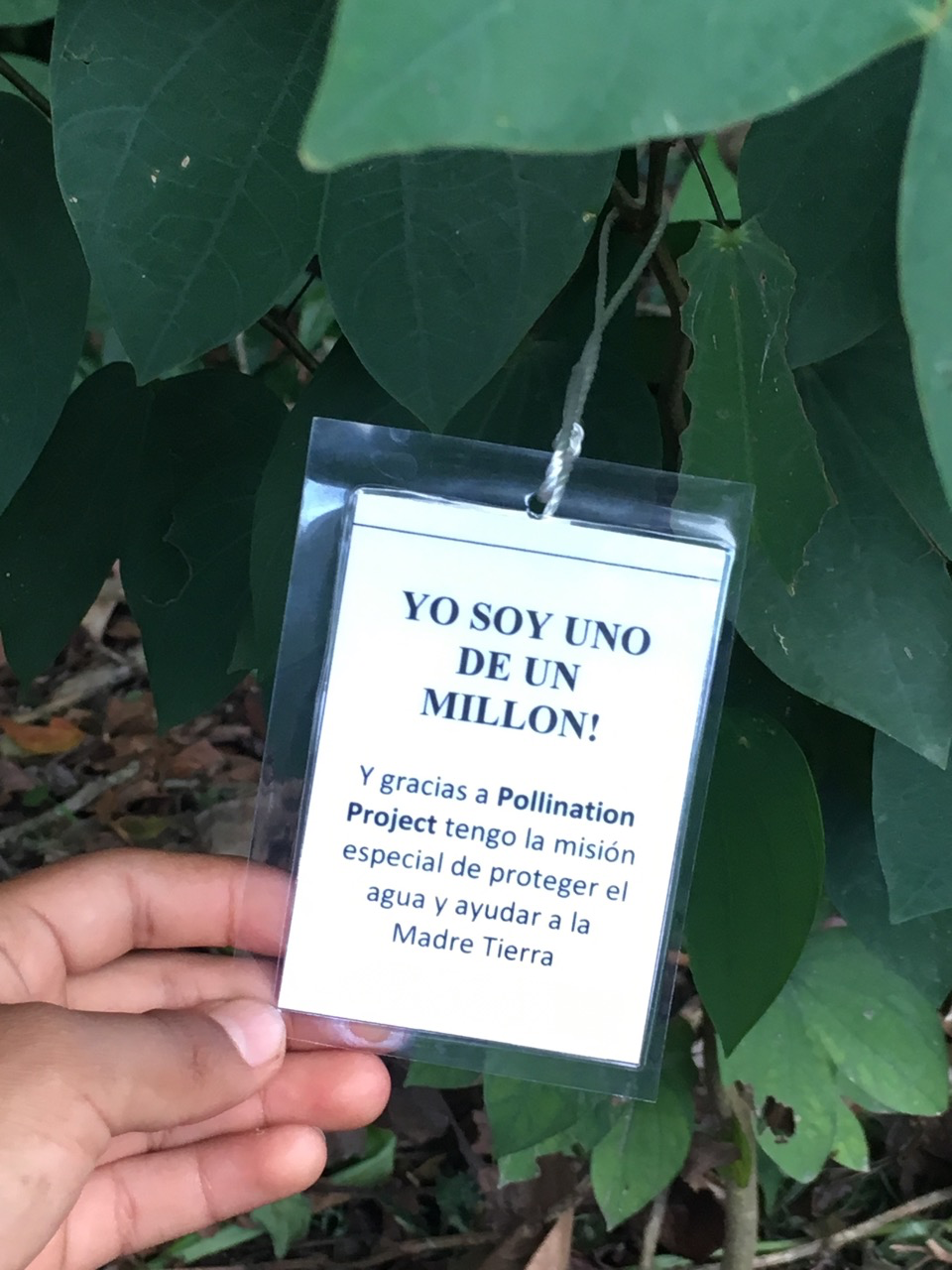 The project was initiated in January 2016, at the Busintana Botanical Garden, where the first tree was planted to officially launch the One Million Trees for Rescuing the Watershed of the Sierra Nevada de Santa Marta (One Million Trees Project). The first phase of the project was underway under the leadership of Leonardo and Gladys Novoa Izquierdo, husband and wife.  Gladys is a member of
the Bunchanavi Women’s Center (a center also supported by TGB), She became the liaison of the  One Million Trees Project. Gladys was our inspiration for the project as she is very passionately concerned about water reserves in the Sierra.

She and her husband, Leonardo, worked on preparing soil and obtaining seeds or seedlings of the trees to be distributed in this part of the Sierra. From January to April, 2016 about 1500 trees were planted. Of these, about 500 trees have been adopted and planted permanently. The remaining 1000 were adopted by several schools and communities and were planted permanently in October 2016. In recognition of the support from communities, organizations and individuals each tree bears a plate reading: “Thanks to (the name of the donor) I am one of a million with the special mission to protect water and dress Mother Earth”. 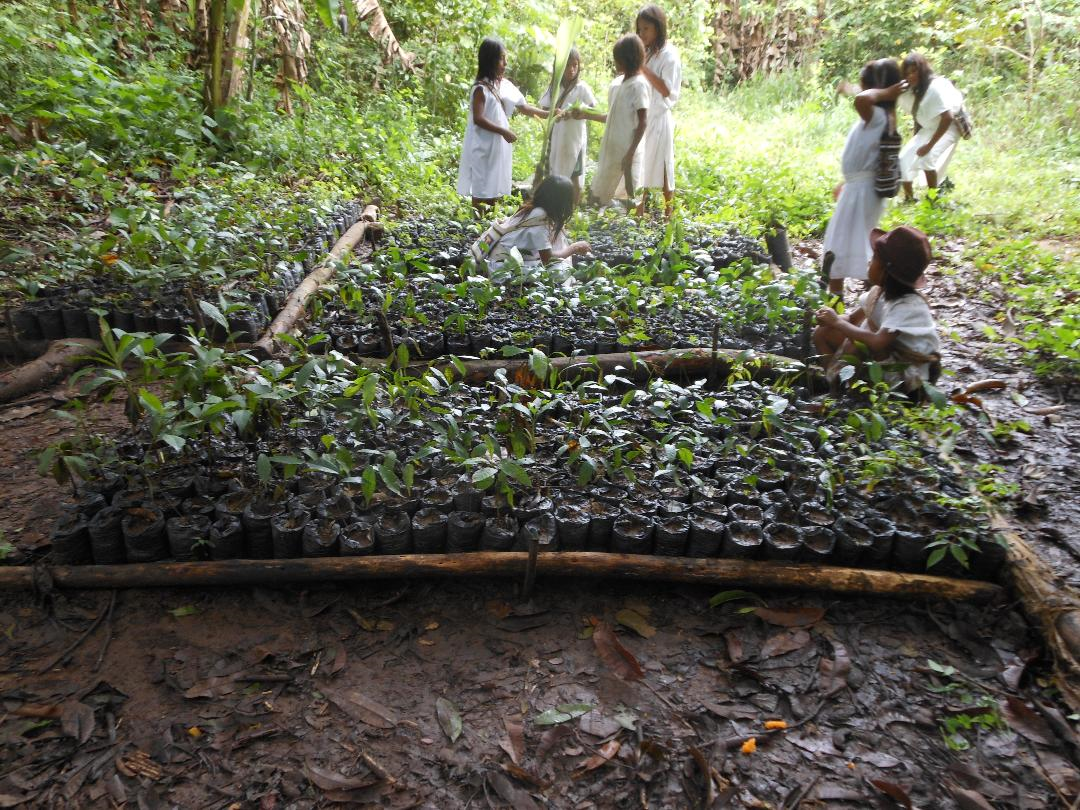 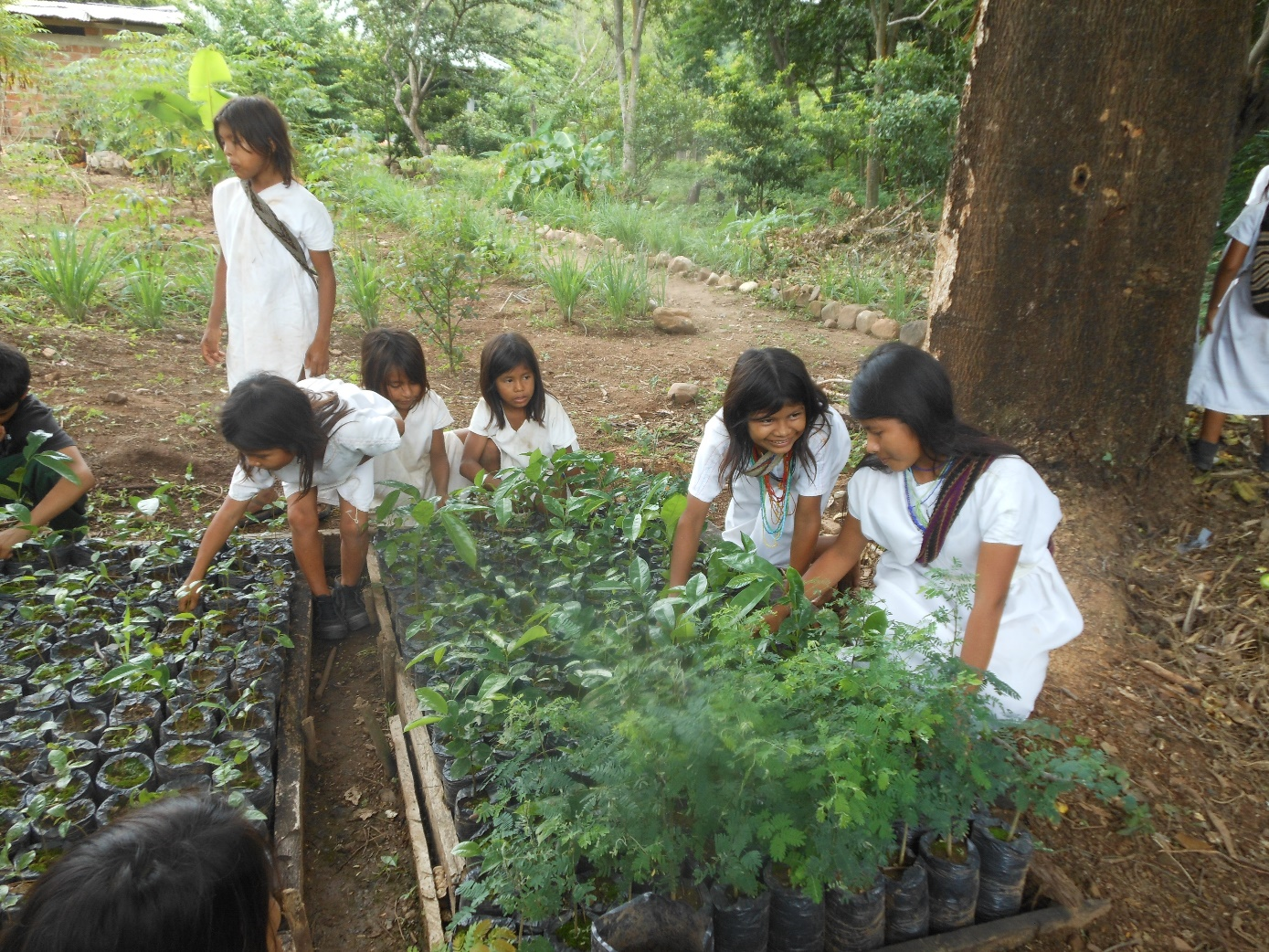 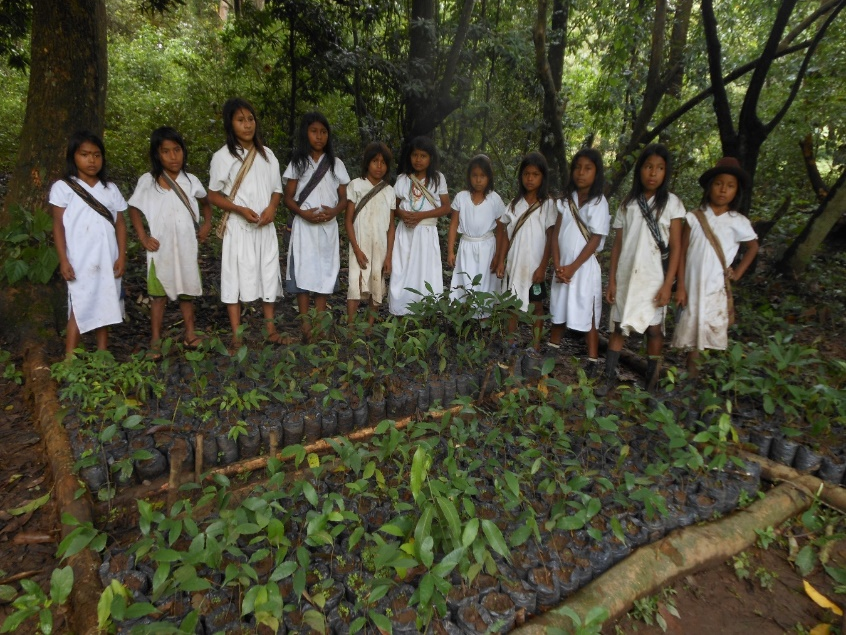 The main objective of this initiative is to find the best way to give back to nature the native trees that belong to her. The planting of trees is followed by traditional work that is carried out at the beginning and middle of each year. This spiritual work was performed on June 18 to 20 of this year, for the repair and spiritual sanitation of vegetables, trees and other plants that were planted in the previous semester. The traditional exercise was developed in two stages. First, the adults made the pagamentos (offerings), followed by a second offering performed by the young people and the students of the school community. Mamo Miguel guided the spiritual work, while the teachers of the Arimuke School coordinated the pragmatic part.
On June 29, teachers, students and members of the community began the second stage of this initiative of tree planting. Volunteers filled a total of 1500 bags, to plant the same number of trees. One-third of those trees were planted near the school and the remainder at a considerable distance away, to avoid extra effort when moving them to the final planting site. On the 4th and 5th of July, the first 500 trees were bagged by students from second to fifth grade, along with teachers Giovanny and Juan Marcos. Most of the trees planted here were tamarind and leucaena. 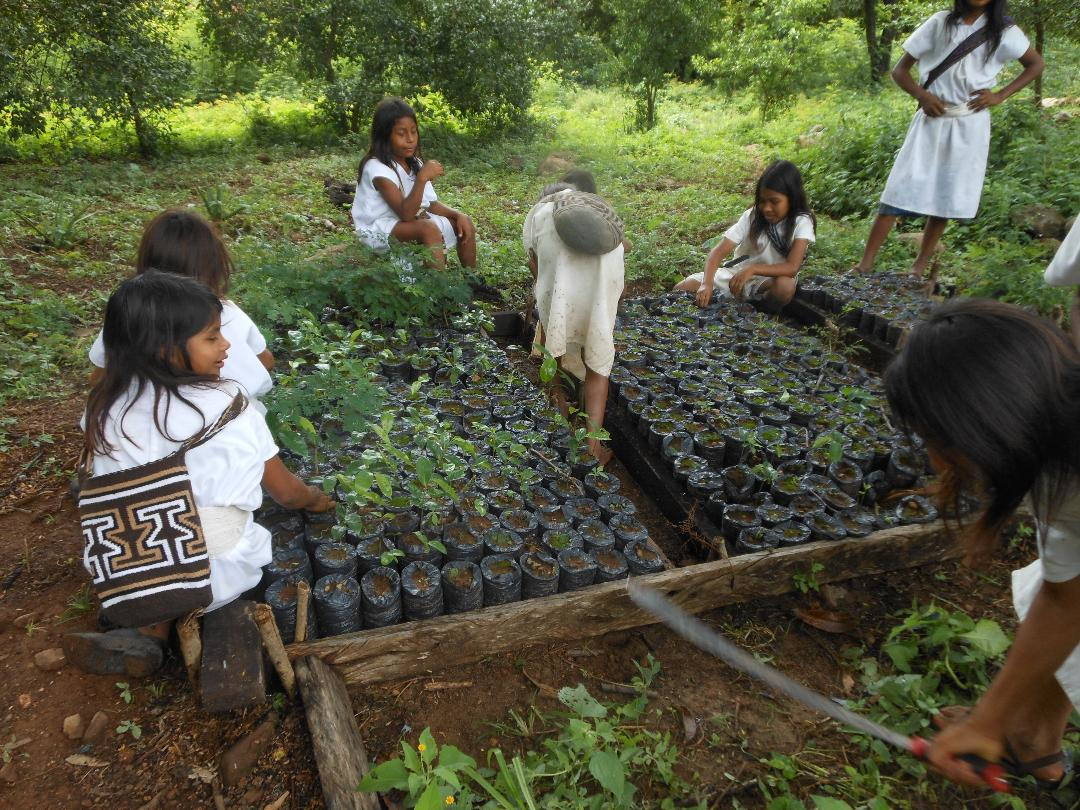 A week later, volunteers prepared 1000 additional bags. The guáimaro (breadnut) seeds planted in those bags have now germinated. This seed was chosen because of its critical contribution to food in the ceremonies and rituals, and because it as essential as corn is in the indigenous culture.
One of the main challenges in this settlement is maintaining irrigation for the sowings. The problem is more severe during the dry season. For this reason, the teachers, together with the school directives, requested a resource of COP 1’000,000 to build a reservoir of water in the school and for the maintenance of the nursery. This fund was approved by The Great Balance and given to JUAN MARCO, with other teachers as witnesses.
On July 20, guáimaro trees, mamones, garzero and caracolí were transplanted from the original germinator, and ten days later new guáimaro and maroon trees were planted, leaving a new nursery composed mostly of these two types of trees. In the months of August and September, specialized personnel needed to take control of the ants attacking the trees. Also, the irrigation system and weeding were worked on, with the help of the students.
Today, recognizing the contribution from the Pollination Project, we have two nurseries of 1500 trees now ready to be transplanted, and the site is being adapted for this final transplant. The irrigation device is in the process of construction, led by the teachers of the school. With this work, we want to reward the people of the community. The forests that suffer when their natural cycle is disturbed by the negative intervention of humans are now benefiting. We also want to leave a legacy of knowledge to new generations so they will be able to continue to use this knowledge.

This community is within the indigenous reservation and within a highly deforested region. This area is the mainstay of the watershed of the River Los Clavos
The project is run by the Karwa elementary school with 130 students in attendance. This school has a remarkable record of educating effective leaders who make and have made a significant contribution to the defense of the culture and tradition, protection of the territory of the Arhuaco, and the recovery of sacred sites. The community is very well known for its care of the flora and fauna. This community received from The Great Balance the support to plant 1,000 trees to establish an environmental reserve. It is noteworthy that the Karwa community is particularly difficult to access. It requires more than a one hour drive from Pueblo Bello, followed by three hours by mule and another one hour of walking.
See Karwa Report